Tim Gebhart was born in St. Louis, MO, and grew up in a town of 3,000 people called Mobridge, South Dakota. He graduated from the University of Hawaii, Hilo with a degree in education. For 8 years following college, he worked alongside MLB Hall of Fame Shortstop Cal Ripken Jr and 12 year MLB player Bill Ripken where he traveled the world teaching baseball “The Ripken Way”. Throughout his time in Baltimore, he was able to complete his masters degree in special education at Northcentral University.
​
In 2013, he was introduced to Sean Casey, the President and founder of the Miracle League of the South Hills. Tim helped him start Sean Casey’s Champions Camp during the summer to help raise money for the field and the playground located in Boyce Mayview Park. Their friendship grew over the years, and in 2016 Tim moved to Pittsburgh to become the executive director of the Miracle League of the South Hills and Casey’s Clubhouse.

Tim is married to his wife Angelina Gebhart. They have one son, Luca, and a golden retriever named Russell. 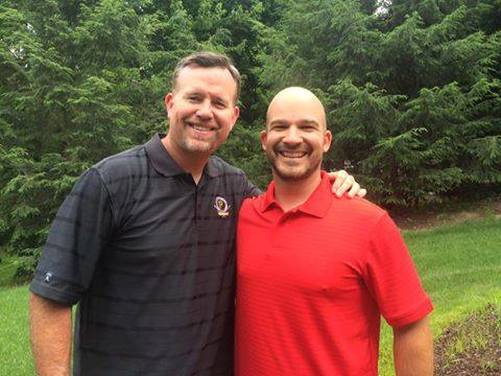